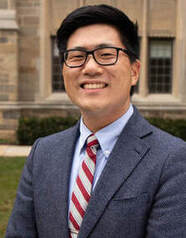 Brian Rhude is the Project Coordinator for the Catholic Apostolate Center where he works in developing Center programming, assists in updating and creating new resources on the Center's website, collaborates on the development of social media content, and provides other services and collaborates including participation at and facilitation of various events and conferences.

Brian, originally from central Maryland, is a student at the Catholic University of America in the School of Theology and Religious Studies. Before attending Catholic U, he attended Johnson & Wales University where he received an Associates Degree in Culinary Arts. Brian works as a music minister at Holy Name of Jesus Parish in Washington, DC. and serves as an independent contractor as a music minister throughout the Washington D.C. and Baltimore areas